Seattle (CNN)It’s Friday morning at Seattle’s famous Pike Place Market, and Mike Kirn and the other fish mongers are setting up for business.

They’ve had their warmup stretches and they’ve talked about how the novel coronavirus is affecting the Puget Sound area and being a bright spot for their customers.
“We’re always going to be here for the people, creating a nice space for people to come and have some good vibes while negative stuff going out there,” he says about the market, known for the entertaining way the staff tosses fish around.
In other stalls, workers are putting out fresh crabs, flowers and other goods. 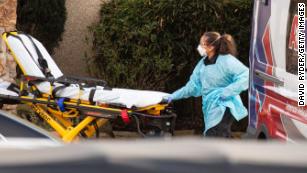 I live in Kirkland, epicenter of the US outbreak. We need Trump to take this seriously
Charlotte Clifton, a Seattle resident, is walking by the market on her way to work. This week, she’s noticed a change in the crowds, not in the morning, but in the afternoons.
In the past, it’s been much busier in the evenings, she says.
“It’s definitely dropped off since the coronavirus scare,” she said.
Standing near the front of the market, she says it feels like 20 years ago when fewer people live in Seattle. She thinks it’s that fewer tourists are coming to Seattle, which is in King County, the epicenter of the US outbreak with 58 cases and more than 10 deaths.
“There’s way fewer tourists for sure,” she says. Pointing to the entrance she says there are usually plenty of people taking photos there, even at this hour. Today it appears there are just people making deliveries and going to work.
There’s a new reality beginning to form in the city of almost 800,000 people, affecting nearly every aspect of life from business to traffic and even education.

Fewer people are going to work — or to school. Big companies have told employees to telework and the University of Washington and a Seattle area school district have told their 80,000 students combined to take their classes online for up to several weeks. 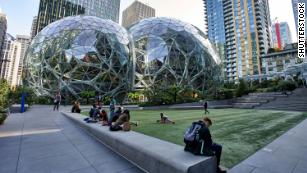 Major tech companies ask Seattle employees to work from home after coronavirus cases
“I want people to know that when we have a fact pattern that affects the safety and health of our students that we’re going to stop and recognize that it’s not business as usual and we’re going to make space to make a thoughtful and measured decision,” said Michelle Reid, the superintendent of the Northshore School District.
Students and faculty will return to campus when the data indicates it is appropriate, she told CNN.
The University of Washington says that it was going to close its physical classrooms on three campuses before a staff member tested positive for COVID-19, the disease caused by the virus. The two factors aren’t correlated as the decision to close classrooms came “much earlier in the day,” according to University of Washington spokesman Victor Balta
The school says it is not closing any campuses, saying there are essential services for its 54,000-plus students outside the classrooms that will continue to be provided in person.
The quarter ends in two weeks.

People tell CNN that they’ve noticed small changes that might be attributed to residents staying home. A woman who was walking at Green Lake Park says she went to opening night for the popular play “Jitney,” put on by the Seattle Rep, where there should have been a full house.
There were rows of empty seats, Margaret Winsor says. She also sees fewer people at the park this morning. 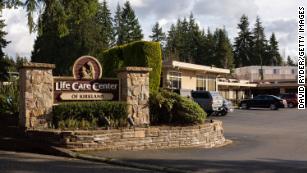 This nursing home has become the US epicenter of the coronavirus outbreak, but patients’ family members say they’re left in the dark
People are probably just taking precautions, she says.
Brenna Louzin, who was walking with a different group at the park, agreed that foot (and car traffic) was down lately.
“I think people are just afraid to go out,” she said. “I think it seems a little more empty like many of the streets, (though) I haven’t been downtown.”
Louzin said the group was without one walker this morning because one woman had a fever. So, they told her it was probably best to stay home.

Michele Auld owns a dessert shop and she’s stressed. A majority of her business is people who come by to get cupcakes, cookies and other delicious treats.
Business at Indu!ge Desserts is off from walk-ins and people aren’t coming in and hanging out as much. Her catering business is down as well. She thinks she lost business yesterday because of confusion over health officials’ recommendations about large gatherings. 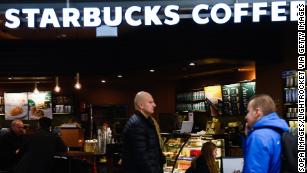 You can’t get your own mug filled at Starbucks anymore because of coronavirus
Ordering supplies is difficult, too.
“It can be stressful when you’re just in your day-to-day trying to do what you normally do and you’re running into stumbling blocks of things beyond your control,” she says as she prepares for her first customers.
She has three employees and there are fewer shifts these days.
“It all feels like it’s trickling down,” she says.
She says in the short term she is trying to keep appropriate stock levels and not overschedule. After that, she doesn’t have a plan. She is hopeful people in Seattle will try to keep some normalcy in their lives. Because if normalcy goes away, “I’m not sure what it looks like after that.”

You may have missed